Scientists have generated an artificial intelligence algorithm called the “inflammatory clock of aging (iAge)” that can predict age-related inflammatory diseases and gauge the overall health of the immune system.

has common associations with many age-related diseases, including heart disease, cancer, and neurodegenerative diseases such as Alzheimer’s. This is due to the increased levels of molecules involved in the inflammatory processes that accumulate with age, causing long-term damage to the body.

The algorithm for iAge derives from a deep examination of multiple immune system biomarkers in the blood, as well as the identification of metrics and patterns associated with this chronic inflammatory response.

An iAge score provides individuals with their age based on immune health and inflammatory levels, in comparison to a set of reference values and in relation to their age in years. A higher iAge score indicates an increased potential for disease, while a lower score suggests a relatively healthy immune system.

The researchers describe the benefits and workings of the device in a recent paper in the journal . Nazish Sayed and Yingxiang Huang, from the Stanford 1000 Immunomes Project at Stanford University’s School of Medicine in California, co-led the study.

Edifice Health, the biotechnology company that developed this clock, states that it has also created a list of suggested actions, including “specific combinations of nutritional supplements, nutraceuticals, medical foods, prescription drugs, and lifestyle modification” to address and lower an individual’s iAge score.

To create a point of comparison for iAge, the scientists used data from the Stanford 1000 Immunomes Project, which collected blood samples from a 9-year longitudinal cohort of 1,001 subjects between the ages of 8 and 96 years.

The paper notes that unlike acute inflammation, which is often due to infection and for which scientists have identified specific response-related molecules, chronic inflammation does not have a defined set of biomarkers linked to this response.

By examining these blood samples and adjusting for age, sex, body mass index, and other biological factors, the scientists were able to conduct a deeper analysis of the immune system and identify potential biomarkers.

With a nonlinear comparison method, the iAge score correlated with multiple metrics of inflammation as measured by levels of present immune system molecules and their associated pathways.

Multimorbidity refers to the accumulation of multiple chronic inflammatory diseases.

For a group of participants aged 100 years and older, the scientists compared their iAge to their actual age. Out of 19 participants, 68% demonstrated a relatively low iAge score, while only 31% were in the high-rank group. In comparison, a control group of older adults found only 23% of subjects had a low iAge score.

Participants aged 100 years and older displayed a lower iAge at a significantly lower rate, suggesting that “iAge is associated with exceptional longevity.”

describes the deterioration and improper function of the immune system that comes with age.

The protein CXCL9, which has links to immunosenescence, provided the greatest input to the iAge pattern. CXCL9 is a small protein that regulates inflammatory and immune responses. At baseline, this protein had positive correlations with age, and its levels significantly increased at 60 years.

CXCL9’s underlying mechanism in immunosenescence may be through impairing the proper function of endothelial cells. These cells are present in the lining of the blood vessels, and their normal function is to regulate blood flow. However, damaged endothelial cells can promote inflammatory processes.

An examination of this protein’s role in mice showed that older mice had damaged endothelial cells with greater amounts of CXCL9. These damaged cells led to conditions of atherosclerosis. Other studies have also found these damaged endothelial cells led to a thickening of the heart muscle — such conditions are the precursors of cardiovascular diseases.

The scientists proposed that as CXCL9 production increases with age, endothelial cells become damaged, increasing the inflammatory signals that cause cardiovascular disease.

However, when the researchers inhibited CXCL9 in the mice, they partially restored the endothelial cells’ proper function. This raises the potential of CXCL9-targeted therapies as a preventative measure to delay cellular aging and disease.

This AI technology opens up the possibility of early diagnosis of inflammatory conditions and immune system decline. It can help identify individuals at risk of early disease onset and lead to preventative measures for improving overall health. As the authors note in their paper:

“By applying artificial intelligence methods to deep immune monitoring of human blood, we generate an inflammatory clock of aging, which can be used as a companion diagnostic to inform physicians about a patient’s inflammatory burden and overall health status, especially those with chronic diseases.”

The generation of iAge contributes important immune-related insights to a growing list of aging clocks that predict health conditions based on biological processes.

Thu Jul 15 , 2021
PRINCETON, N.J., July 14, 2021 /PRNewswire/ — Researcher and food and nutrition expert, Dr. Reza Kamarei announced the recent publication of his latest article in the International Journal of Food Science and Nutrition: “Health Risks of Phosphoric Acid in Cola Drinks.” The article details how the consumption of phosphoric acid […] 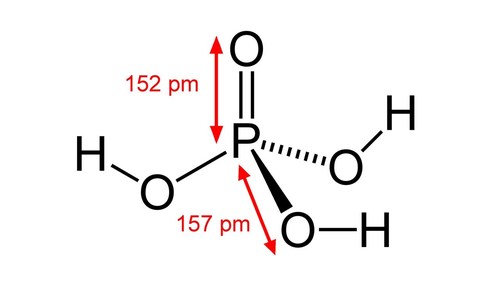