Craig Spinks’ doctor recommended he get vaccinated against COVID-19.

But the retired special-education teacher in Evans hasn’t gotten vaccinated and doesn’t intend to.

“I am a widower living alone,” Spinks said. “Can’t afford any vaccine reaction.”

Jerry Parsons of Augusta is a long-haul trucker. He wears a mask in his brief interactions with people while on the road, and back home will wear one if asked.

The rest of his family is vaccinated against COVID, but he isn’t.

“I am on several medications for chronic medical issues,” Parsons said. “Both my primary-care provider and rheumatologist said they didn’t think enough research has been done testing interactions with other drugs.”

Both men are among the estimated two-thirds of residents in Richmond and Columbia counties who still aren’t fully vaccinated against the lethal virus, according to the Georgia Department of Public Health.

Why aren’t more people getting vaccinated against a virus blamed for more than 600,000 deaths nationwide?

“Unfortunately, my answer today is going to be the same that it was in January,” said Dr. Joshua Wyche, assistant vice president of strategic planning and pharmacy services for Augusta University Health. “The one caveat is that people are more entrenched today in their decisions on the vaccine, on whether to get it or not to get it, than they were in January.”

Where:Here’s where to get a COVID-19 vaccination in the Augusta area

A March poll from the Kaiser Family Foundation found that 20% of respondents nationwide said they either would “definitely not” get the vaccine or would get it “only if required.”

From Wyche’s conversations with friends and acquaintances to the findings of national polls, he said the reasons people give for intentionally forgoing the vaccine fall into six categories:

Each reason is shrouded in myth or misunderstanding, Wyche said – rapid vaccine development, for example.

“I think it’s a great case study that people in M.B.A. programs and M.H.A. programs will be studying for decades,” he said. “When you remove bureaucracy and you add unlimited financial investment and a true will to solve a problem, American ingenuity cannot be stopped. When you have those three things is why we were able to vaccinate so quickly and get it to public consumption.”

Wyche said the worry of long-term side effects is countered by the fact that tens of millions of Americans already have been vaccinated which has produced reliable data supporting safety.

The vaccine’s claimed effect on fertility, he said, is a canard stemming from a mistaken belief that, since the COVID virus is accompanied by a “spike protein,” the vaccine will produce antibodies to attack other spike proteins, including a protein found in mammals’ placenta.

Whoever started that rumor, Wyche said, “has created irreparable harm to that group of people who now believe that as dogma, regardless of what the science or what experts have stated.”

Find out everything you need to know about coronavirus and COVID-19 in our resource guide, from how it started to how to stay safe to mental health tips.

The vaccine’s current lack of FDA approval, he said, will be rectified by proper procedure and the passage of time. A vaccine’s move from approved emergency use to full approval deals largely with drug inspection during manufacturing.

“A normal process for it to reach full approval under the accelerated pathway is generally between six and 10 months,” Wyche said. “The data from Pfizer has been submitted only in the past month or so to the FDA for full FDA approval. So when we do our timeline out, I think the direction that others have spoken about is that there will be a full FDA approval by at the least January of 2022 and hopefully closer to the fall of ‘21.”

Some express concern about vaccine side effects

The most frequently offered reason is avoiding a comparatively brief inconvenience at the risk of acquiring a more serious problem.

“If you talk to the millions of people who have been impacted by COVID-19, we’re seeing countless anecdotal stories about people who wish they would’ve gone through the potential known side effects – the sore arm, the fever, the aches, the headache and chills – that last for one or maybe two days, vs. a hospital stay or a death,” he said.

Health officials have identified a “long” COVID that affects up to 30% of people who test positive, regardless of severity, who don’t exhibit symptoms for months, Wyche said.

Mario Chavez of Harlem said he’s not anti-vaccine, and he rarely gets sick. But after two flu vaccinations, he got sick each time, and he doesn’t want a similar outcome with the COVID vaccine.

“I always raise an eye to anything new. How can we know it’s safe if it’s still so new?” he said. Hearing reports of allergic reactions, enlarged hearts and even partial paralysis “just makes me too apprehensive to get it.”

Chavez’s wife, and their two sons and two daughters, also have opted out of the COVID vaccine. His wife undergoes infusion therapy for an immunodeficiency. “She is worried that getting the injections would make her sick after hearing about those that got ill/sick after the injections,” he said.

As COVID began spreading across the United States, Chavez said, “it just seemed there were many conflicting stories about the actual deaths from it. I know a family that had a terminally ill daughter that was diagnosed long before COVID. When she passed the hospital listed her death as one related to COVID.”

He’s also astonished by some communities’ offers of cash and other prizes in exchange for receiving the vaccine.

“I can’t remember a time anything was pushed so hard, from money to free marijuana. Really?” Chavez said. “I hate to sound like a conspiracy theorist but is all odd to me. When I look at what states are doing for COVID it seems very political. I’m neither Democrat or Republican. I guess I’m a bit independent in a way. But I feel that I can honestly say depending on your location COVID will affect (you) differently.”

“Our belief is that truly engaging individuals at this point in time is the best route to try to get people to hopefully be open to a discussion and open to what the facts are, and not some of the confusing messages that are coming out, depending on what news organization you listen to or where you choose to read,” he said.

Delivering that message has proved difficult since the COVID issue has become so polarizing, Wyche said, with too many people basing their opposition to the vaccine on “a whole host of reasons,” including political or religious ideologies.

“Because of that many people have entrenched their belief either to get the vaccine, ‘everyone should get it,’ or to not get the vaccine, ‘you’re taking away my liberties,’” he said. “We’ve really made it a topic of conversation, like many things, that can’t be discussed within civil society, and that’s a problem.”

Vaccine mandates will be ‘interesting’ to monitor

Vaccine mandates have been enacted in larger cities and on college campuses, and in some cases backed by court decisions. The direction and frequency of similar mandates will be “interesting” to monitor, particularly in the next two to three months, Wyche said.

Mandates:Getting vaccinated becoming ‘the easy choice’ as mandates put pressure on the unvaccinated

But he added that a personal connection to the COVID argument is key, and he has insisted from the beginning that the vaccine issue is not, at its heart, a national one.

“Health care is local,” Wyche said. “Health care is trust, and whether that’s with health care providers you trust or family members who have gone through something, whom you trust, that’s the way it moves the needle.”

Chavez said that he has had “a few family members that did end up with COVID, and they are not in the healthiest condition. Outside of the average flu-like symptoms, they said they were fine.”

Parsons said he won’t be persuaded to be vaccinated against COVID “until my doctors say it’s OK.”

Wyche lives in Columbia County, in the Lakeside High School district, and said that three friends – all parents of LHS athletes – have sought his advice recently on vaccinating their children.

“They’ve just now got to a point where they felt comfortable enough to engage in these conversations,” he said. “Unfortunately, that’s three, and I wish it were 300 conversations that were happening.”

Spinks said his allergies have disappeared after following “a strenuous immune-boosting dietary program” for the past several months that includes over-the-counter probiotic supplements and omits sugar, salt and highly processed foods.

He still doesn’t plan to get vaccinated, but with a return visit to his doctor scheduled for October, he said, “there’s a chance he’ll persuade me to do so.”

Penrose Physical Therapy Weight-Loss and Wellness Program: ‘The Best Part of This Is I Feel So Good’ 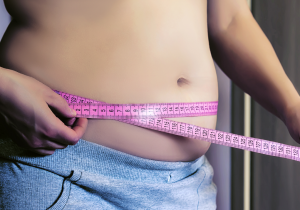