The Food and Drug Administration (FDA) has announced a voluntary recall on several popular brands of carrots over concerns of salmonella contamination. The recall, which is led by Grimmway Farms, impacts bestselling brands like Bunny Luv and Cal Organics.

“The recall was initiated as a result of a routine, internal company test,” Grimmway Farms president and CEO Jeff Huckaby said in an announcement shared by the FDA. “The health of our customers and the integrity of our products are our highest priorities, and we will continue to monitor and communicate as additional information is available.”

No illnesses have been linked to the recall yet, but anyone who has the affected carrots is being asked to throw them out. This includes:

(You can check the impacted UPC numbers and best-if-used-by dates on the FDA’s website.)

The company has also recalled certain shredded and chopped carrots that were sold to food manufacturers and food service distributors, the announcement says.

Salmonella is a type of bacteria that causes about 1.35 million infections and 26,500 hospitalizations in the U.S. each year, according to the Centers for Disease Control and Prevention (CDC). A salmonella infection is usually caused by contaminated food.

Symptoms—including fever, diarrhea, nausea, vomiting, or stomach cramps—usually start six hours to six days after a person is infected and last for four to seven days, the CDC says. In more severe cases, people may need to be hospitalized, but most people recover without any specific treatment.

The CDC notes that these infections are more common in the summer. But carrots are a “pretty rare” source of salmonella, says food safety expert Elliot Ryser, Ph.D., a professor of food science and human nutrition at Michigan State University, noting that the last time carrots were involved in a salmonella recall was in 2012.

“The carrots could be contaminated at multiple spots, but probably the most likely scenario would be some combination of contaminated ground water or fertilizer when they’re in the ground,” says Thomas Russo, M.D., professor and chief of infectious disease at the University at Buffalo in New York.

The carrots could also be contaminated after they’re harvested, Ryser says. Baby carrots are usually washed in a solution that contains chlorine but, “if the chlorine level is too low or the amount of organic material in the water is too high, it will partially inactivate the chlorine,” he explains, meaning the chlorine won’t do its job of killing potentially harmful pathogens.

Again, if you have the carrots included in the recall, make sure you throw them out. In the future, thoroughly washing your produce “is always recommended,” says Mary Kiernan, an associate teaching professor of nutrition and food studies at Syracuse University.

A good wash won’t completely eradicate bacteria, Dr. Russo says, but it can lower levels of it on produce—possibly reducing your risk of a gnarly illness.

This content is created and maintained by a third party, and imported onto this page to help users provide their email addresses. You may be able to find more information about this and similar content at piano.io

Why You Should Use a Doctor Supervised Weight Loss Program

Wed Jul 28 , 2021
(Photo : Why You Should Use a Doctor Supervised Weight Loss Program) There are many reasons why you should opt for a medically supervised weight loss plan. Primary among these reasons is that having a doctor supervise your weight loss ensures that they will monitor your overall health and well-being […] 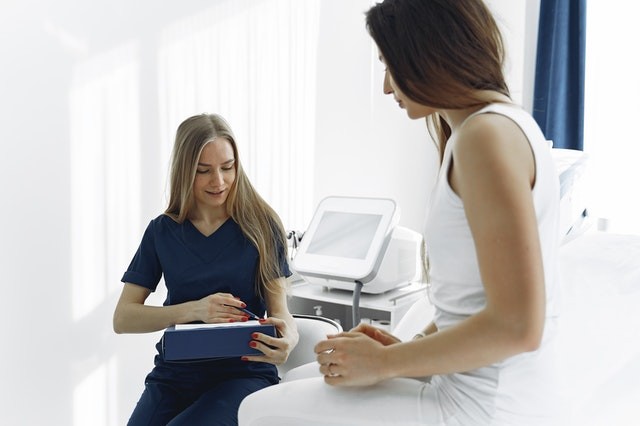