A host of recent evidence suggests coffee is beneficial for health. But drinking this popular beverage may not be safe for everyone. If you’re taking certain medications, beware: Some of them can have disastrous side effects when consumed with coffee and other forms of caffeine. 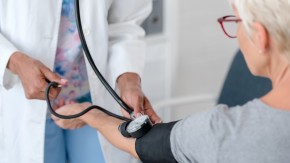 Many of us enjoy our cup of joe in the morning, but studies show that coffee can negatively interact with a variety of medications.

Here are eight drugs that interact with coffee, and the potential consequences of ingesting both.

Ephedrine is a stimulant that speeds up the nervous system. It’s used in decongestants and as a bronchodilator to treat breathing problems. It’s also used to treat low blood pressure, narcolepsy, menstrual problems, and more.

Because the caffeine in coffee is also a stimulant, combining ephedrine with coffee can be very risky. Health experts at the Mayo Clinic advise against mixing the two because consumption of both can lead to high blood pressure, heart attacks, stroke, or seizures.

Antidiabetic medications that interact with coffee include glimepiride (sold as Amaryl), glyburide (DiaBeta, Glynase PresTab, and Micronase), insulin, pioglitazone (Actos), rosiglitazone (Avandia), and many others, according to an article on RXList.com.

Coffee can increase blood sugar in some individuals, which is likely to counteract the effects of antidiabetic drugs. Diabetic patients who like to drink coffee should have their blood sugar carefully monitored and may need to have their medication dosage altered to account for these effects.

Theophylline (sold under the names Theo 24, Theochron, Uniphyl, and others) is used to treat asthma, bronchitis, emphysema, and other diseases that feature shortness of breath and wheezing as symptoms. The drug is a xanthine, which works by relaxing muscles, opening airway passages, and ameliorating the lungs’ response to irritants.

The caffeine in coffee has a similar impact on the body as theophylline, which means combining the two is likely to increase the effects of the drug, as well as its side effects, which include nausea and heart palpitations, according to the Mayo Clinic. Coffee may also lower the speed at which the body rids itself of theophylline, necessitating changes in dosage.

Phenothiazines are a group of medications used to treat mental disorders like schizophrenia and other forms of psychosis. These include fluphenazine (Permitil and Prolixin), chlorpromazine (Thorazine), haloperidol (Haldol), prochlorperazine (Compazine), and many others. Phenothiazines may also be used to mitigate agitation in some patients, like those who are severely nauseated or are experiencing moderate to severe pain.

The tannins present in coffee can bind to these medications and stop the body from absorbing them as effectively. This interaction will only occur if coffee is consumed within 1-2 hours of taking the medication, but still warrants careful monitoring in these patients.

These medications are used to slow blood clotting and include aspirin, clopidogrel (Plavix), ibuprofen (Advil, Motrin, and others), naproxen (Anaprox, Naprosyn, and others), enoxaparin (Lovenox), and more.

Health experts advise caution when combining them with coffee, which can also slow blood clotting. Mixing these medications with caffeine can increase the chances of excessive bleeding and bruising, notes RXList.com.

These medications for depression include amitriptyline (Elavil) and imipramine (Tofranil, Janimine). They work by boosting levels of the neurotransmitters norepinephrine and serotonin and inhibiting the neurotransmitter acetylcholine, which researchers believe can reset the balance of chemicals in the brain and help relieve depression symptoms.

However, once again, coffee’s tannins may interfere with this process by binding to the medications and limiting how much the body can absorb. Health experts advise avoiding coffee within 1-2 hours of taking tricyclic antidepressants in order to ensure their efficacy.

Beta-adrenergic agonists are used to treat asthma, and include albuterol (Proventil, Ventolin, and Volmax), metaproterenol (Alupent), isoproterenol (sold as Isuprel), and others. They work by relaxing muscles around the airways and can cause side effects that include anxiety, tremor, heart palpitations, or increased heart rate.

Consuming coffee and beta-adrenergic agonists at the same time can bring on or worsen the aforementioned side effects.

Examples of birth control drugs include ethinyl estradiol and levonorgestrel, norethindrone, and others.

Birth control pills can stop the body from breaking down caffeine as quickly as it typically would. As a result, taking birth control pills with coffee can result in jitteriness, headaches, fast heartbeat, and other side effects.

In addition to the above, coffee can also interact with vitamin supplements. Read more about these interactions on MDLinx.

As long as it is not interacting with other meds or causing you other health concerns, coffee, in moderation, has its benefits too. Some studies link it to improved cognitive performance, fat-burning qualities, post-exercise recovery, and even decreased risk of Parkinson and Alzheimer diseases. A recent study even suggests coffee may cut the risk of chronic liver disease.

Tue Jun 29 , 2021
Lewisburg, PA-From July 1, 2021, the Evangelical Barrier Trick Center will relocate to an Evangelical Surgery Specialist at 25 Lystra Rogers Drive, Lewisburg. Patients with existing appointments after July 1st will need to go to a new location. Movements are being made to streamline services and continue to provide a […]