It’s a quip that would drift through my high school cafeteria whenever I’d pick up vanilla soymilk to have with my lunch: “I can’t drink that,” male friends would say, “It’ll give me boobs.”

This reaction seems to be rooted in a twist of fear and misunderstood science. There’s the fear of being seen as feminine — soymilk being the womanly choice compared to traditional milk — and concern over how plant-based estrogen (isoflavones) found in soy interacts with our bodies own estrogen or testosterone. It’s also where the phrase “soy boy” stems from: a pejorative used to describe men lacking masculine characteristics.

Unlike many of the myths we debunk (such as whether or not coffee stunts growth) where the answers are cut and clear, the science of soy and what exactly it does to our bodies is still under hot debate by scientists.

Some facts are certain: Soy consumption in moderation can be a healthy part of a man’s diet and will not lead to the development of “man boobs.”

But there may still be some caution to consider when consuming concentrated forms of the stuff, Bill Helferich, a professor of nutrition at the University of Illinois Urbana-Champaign, warns Inverse.

The origin of the soymilk myth

One potential origin for this myth is a story from a now-removed 2009 Men’s Health article about a retired U.S. Army Intelligence officer whose breasts became swollen and painful after incorporating soy milk into his daily routine.

“It was like my body was feminizing,” Price told Men’s Health at the time.

As it turns out, Price had been consuming 3-quarts of soymilk a day to replace milk for his lactose intolerance.

This is much higher than the amounts typically consumed in clinical trials evaluating soy, Mark Messina, explains in a 2010 response to the Men’s Health article. Messina is the executive director of the Soy Nutrition Institute and adjunct associate professor at Loma Linda University.

Ultimately, Price was diagnosed with gynecomastia — a condition of overdevelopment or enlargement of the breast tissue in men or boys.

The alleged culprit here is something called isoflavones, or phytoestrogens. In essence, these compounds play the same role in plants that hormonal estrogen plays in the human body. Their role in plants isn’t totally understood, but some scientists speculate it may be a defense to control the fertility of grazing mammals — foods rich in isoflavones have been known to impact the fertility of sheep, for example.

But as study after study would uncover in the years following Price’s story, including a 2010 study by Messina, there doesn’t appear to be a connection between soy consumption and the development of increased breast tissue or fat in men.

A sniff test of this result can be seen in men from Japan, South Korea, or China who, on average, consume more soy than American or European men.

“Isoflavones (phytoestrogens) do not exert feminizing effects on men at intake levels equal to and even considerably higher than are typical for Asian males,” Messina writes.

Specifically, in another 2010 meta-analysis that Messina contributed to, he and colleagues found that soy consumption did not affect men’s testosterone levels across 32 different studies.

The controversial science of soy

But even though the man boob question may be pretty convincingly put to rest, there are still a number of unknowns when it comes to soy’s effect on our bodies. Including, how it interacts with breast cancer.

In recent years study’s have found evidence that isoflavones from soy can both prevent and increase breast cancer risk. For example, in 2009 Helferich and colleagues found genistein (an isoflavone specifically found in soy) had a stimulating effect on estrogen-responsive tumors in rodent models.

While animal models are far from the gold standard of clinical research, Helferich says that this is the kind of research that couldn’t be ethically done on humans directly. In other words, you couldn’t knowingly expose humans to compounds that may increase their cancer risk.

A large observational study from 2017, however, did find women with breast cancer who consume more soy may be up to 21 percent lower risk of dying over a 9-year period.

There are passionate arguments to be made on either side of this scientific debate, but in the meantime, Helferich and Marji McCullough, a nutritional epidemiologist for the American Cancer Society, both suggest that while dietary soy is likely safe, women with a history of breast cancer may want to limit their consumption of soy supplements (the kind you might found sold over the counter at a CVS or Walmart ) until further research is done.

This is different than say, eating the soy within your tofu stir fry. And it has nothing to do with the pervasive myth linking soy protein to male breasts.

When to eat (and not eat) soy

So, should you eat soy? Yes, in moderation.

While 3-quarts of soymilk a day may be overkill, eating up to 58 grams of soy protein should be no problem, whether that’s soymilk, tempeh, or straight-up tofu.

In fact, replacing some of your red-meat protein sources with soy-based one will probably be better for your heart health in the long run.

And despite his concerns about isoflavones, even Helferich says he enjoys tofu every now and again.

CHECK, PLEASE is an Inverse series that uses biology, chemistry, and physics to debunk the biggest food myths and assumptions.

Now read this: Is celery a negative-calorie food? A dietician debunks a dangerous myth

Sun Aug 15 , 2021
When health officials in Austin and elsewhere in Texas saw an approaching COVID-19 surge last month, they sent urgent requests to the governor’s emergency operations team to bolster the number of nurses and staff. They had every reason to believe that more health care workers would soon fill hospital hallways.  But as […] 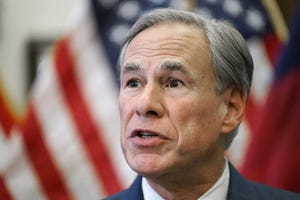