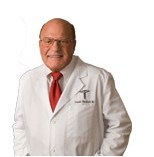 DUNWOODY, Ga., Sept. 7, 2021 /PRNewswire/ — Donald L. Mansfield, MD, is being recognized by Continental Who’s Who as a Trusted Doctor for his decades of service in Weight Loss Counseling, Obstetrics, and Gynecology.

As the founder of the Dramatic Weight Loss® Center, Dr. Mansfield spends his days guiding his patients to a healthier and happier life.

Dr. Mansfield received his Bachelor of Science Degree from Western Kentucky University in 1958. Next, he attended the University of Louisville School of Medicine in 1962, graduating with his MD Degree. He next completed an internship from 1962-63 at the U.S. Naval Hospital in Portsmouth, Virginia. Dr. Mansfield served as a Naval Medical Officer overseas from 1963-66. In 1970, he did his first year of residency training in Obstetrics and Gynecology in Atlanta, GA.

Dr. Mansfield delivered more than 5,000 babies over the course of his 20 years in Obstetrics and Gynecology. While he stopped delivering babies in 1990, he continued practicing Gynecology until 2009.

In 1996, he became inspired to start a serious search, trying to find a weight loss program that would work for his patients. That year, he added Bariatric Medicine (weight loss) to his Gynecology practice, and developed his Dramatic Weight Loss® Program. He became a member of the American Society of Bariatric Physicians in 1997.

In 2009, Dr. Mansfield stopped practicing Gynecology in order to focus full-time on safe and effective weight-loss solutions. He found that many of his clients were frustrated with weight loss, saying they had tried every diet and exercise without seeing results. After developing the Dramatic Weight Loss® Program, patients were shocked at the intense weight-loss results, leading to lots of referrals to his program. His patients regain personal confidence, triumph over mental health issues, and eliminate weight-related health issues they may be suffering from. The DWL® Program involves weight-loss protein shakes, Super Vitamin Packs full of vitamins and minerals, and appetite suppressants if needed, along with proper diet, drinking lots of water, and exercising. Dr. Mansfield finds this work so rewarding that he may never retire.

He was featured in an IssueWire article in March 2021.  His goal is to make Dramatic Weight Loss® treatments available to everyone worldwide.

scroll to top
We use cookies on our website to give you the most relevant experience by remembering your preferences and repeat visits. By clicking “Accept”, you consent to the use of ALL the cookies.
Cookie settingsACCEPT
Manage consent

This website uses cookies to improve your experience while you navigate through the website. Out of these, the cookies that are categorized as necessary are stored on your browser as they are essential for the working of basic functionalities of the website. We also use third-party cookies that help us analyze and understand how you use this website. These cookies will be stored in your browser only with your consent. You also have the option to opt-out of these cookies. But opting out of some of these cookies may affect your browsing experience.
Necessary Always Enabled
Necessary cookies are absolutely essential for the website to function properly. These cookies ensure basic functionalities and security features of the website, anonymously.
Functional
Functional cookies help to perform certain functionalities like sharing the content of the website on social media platforms, collect feedbacks, and other third-party features.
Performance
Performance cookies are used to understand and analyze the key performance indexes of the website which helps in delivering a better user experience for the visitors.
Analytics
Analytical cookies are used to understand how visitors interact with the website. These cookies help provide information on metrics the number of visitors, bounce rate, traffic source, etc.
Advertisement
Advertisement cookies are used to provide visitors with relevant ads and marketing campaigns. These cookies track visitors across websites and collect information to provide customized ads.
Others
Other uncategorized cookies are those that are being analyzed and have not been classified into a category as yet.
SAVE & ACCEPT