Dairy milk has been a part of the human diet for thousands of years. Demand skyrocketed in the early 1900s when pasteurization allowed for extended shelf life as well as a much safer product. Although plant-based “milks” have a long history in many cultures around the world, there weren’t many widely available plant-based commercial milk alternative products until the 1970s and ’80s, when soy milk alternatives became increasingly popular. Now plant-based alternatives are one of the most rapidly growing segments in the food industry. With increased demand, there is increased innovation, and that innovation in the non-dairy milk alternative industry has led to a lot of exciting new products throughout the last several years.

The growth in milk alternatives has not been without concern from certain stakeholders, especially over the use of terms such as “milk.” For example, in spring 2021, the DAIRY PRIDE Act was reintroduced in the Senate with the goal of requiring non-dairy products made from nuts, seeds, plants, and algae to no longer be labeled with dairy terms such as milk, yogurt or cheese. But my article isn’t about the legality or marketing of those terms being used — it’s about the nutritional science of these products.

In 2019, I wrote an article comparing the nutrition of dairy milk to some of the most popular non-dairy milk alternative products out on the market, including almond, soy, oat, and coconut. Among the brands I reviewed, the only one that was similar in nutrition to dairy milk was the soy alternative. The others were mostly lacking in protein. However, I’d like to revisit this comparison with some of the new innovations out on the market. Many of these brands now have extended their product lines to include new versions available with more protein, and some are very comparable to dairy milk.

Here are four milk alternative options — soy, oat, pea, and almond/cashew — that have a similar nutritional profile to that of dairy milk:

Although many of us that grew up on dairy milk may prefer the flavor of it to these plant based alternatives, there’s a large portion of the population that simply can’t drink it due to a milk allergy or lactose intolerance. There are a myriad of other reasons why someone may prefer a non-dairy option as well. Luckily, product development scientists have been extremely successful at delivering a plethora of options for the segment of the population that wants them.

In addition to these many different plant-based options, there’s even more exciting innovation happening in the non-dairy milk alternative segment. This new alternative is neither dairy nor plant-based. Perfect Day Foods has developed a way to create animal-free milk protein that is identical to the protein found in cow’s milk and can be used to make any dairy product. The process they have developed uses fermentation of plant sugars to enable microflora to efficiently convert them into milk protein, so it’s both vegan and lactose free. How cool is that?! There isn’t a milk beverage on the market yet, but there are some ice cream brands that are already using this technology.

In addition, there’s another start-up developing lab-made milk, but using a different process. Imagindairy’s process is comparable to cultured or cell-based meat. They use bioengineered yeast to produce what they call “real milk without the cows.” It’s currently still in the research and development phase, but you can read more about the process here.

As a product development scientist, I’m all for product innovation and more consumer choices. However, sometimes that choice is manipulated by clever marketing. These choices should be made based on facts rather than misinformation. Unfortunately, some of these plant-based brands do spread false information about the dairy industry in order to market their products. So, here’s a review of some of these dairy myths:

Fact: Dairy milk may actually have anti-inflammatory properties in humans who don’t have a milk allergy.

Fact: No, there is no pus in milk. Milk contains white blood cells, just like in blood and in human breastmilk. The levels are monitored to ensure that they are below the acceptable amount set by the U.S. Department of Agriculture. Milk with more white blood cells than the limit gets thrown out and never reaches the store.

Fact: Yes, we are the only animal that consumes dairy into adulthood, but around 35 percent of adults globally can digest lactose.

Fact: No. Every tank of raw milk is checked for antibiotic residues before the milk gets processed. If it tests positive, the milk is rejected for human consumption.

Fact: No. The amount of bST hormone found in the tissues and milk in cows that are treated with rbST compared to cows that don’t receive the hormone is quite similar. Also, cooking and pasteurizing breaks down the hormone. I’ve also seen quite a bit of misinformation demonizing specific ingredients contained in the plant-based options as well, but unless you have an intolerance or an allergy to a specific ingredient, any of these options can be a part of an overall healthy diet and can serve as a great alternative to dairy milk. Keep in mind that some options just simply aren’t accessible financially or geographically to everyone either, so food shaming based off of misinformation just really isn’t helpful.

It’s also not a requirement to only purchase dairy milk or to solely purchase a plant-based option. It is possible to enjoy more than one type or none at all! There are many additional options that I didn’t cover here, so if you’re looking for a non-dairy alternative, there’s likely to be a product out there that suits your taste and nutritional preferences.

Food Science Babe is the pseudonym of an agvocate and writer who focuses specifically on the science behind our food. She has a degree in chemical engineering and has worked in the food industry for more than decade, both in the conventional and in the natural/organic sectors.

Thu Jun 24 , 2021
Most survivors of squamous cell head and neck cancers report that their sense of taste is dulled, changed or lost during radiation treatment, causing them to lose interest in eating and diminishing their quality of life. In a study of taste and smell dysfunction with 40 cancer survivors, scientists at […] 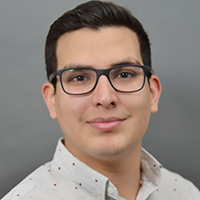