Nine out of 10 American adults are metabolically unhealthy, and much of that comes down to the food they eat, according to the experts, who say it might be time for the government to step in and regulate what Americans put in their mouths.

“This is the only segment of our economy where we have the majority of products being knowingly dangerous, and we leave it up to the consumer,” says Dr. Dariush Mozaffarian, a cardiologist who is the dean of the Tufts Friedman School of Nutrition Science and Policy. “There’s no way we leave car safety, home safety, mattress safety, cellphone safety, every other aspect of the economy — we don’t leave it up to the consumer. If there’s stuff that’s hurting people, we get rid of it.”

To assess metabolic health, doctors measure blood sugar, cholesterol, blood pressure and other indicators. People who are in poor metabolic health are at increased risk of developing Type 2 diabetes, heart disease and other serious health issues.

“We think of being healthy as the norm and being sick as something that’s unusual, and what’s happened over time is that diet-related diseases have caused many more of us to be sick than are healthy, especially among adults,” Mozaffarian says. “When you have nine out of 10 adults being metabolically unhealthy, largely due to diet-related illnesses, you know we have a broken system.”

Americans’ consumption of junk food isn’t helping. A 17-year study found that junk food — primarily processed foods with little nutritional value that are high in sugar, salt and fat — account for 1 in every 5 calories for children and 1 in every 7 calories for adults.

Those foods can be hard to resist because they contain things the body needs.

“Junk foods are basically sweet, salt and fat, and these are things that are very necessary to live, they’re energy providing,” says Linda Bartoshuk, a professor of food science and human nutrition at the University of Florida. “And sweet is very important because glucose is the only fuel the brain can use, so nature is very interested in having us want these.”

The problem, she says, is that our bodies are not built to tell us when enough is enough.

“As we grow older and get past the age of having children, frankly, evolution couldn’t care less what happens to us,” Bartoshuk says. “And then the intake of these things that were so important when we were young becomes hazardous. We overdo it. We take in too much salt, too much sugar, too much fat, and it produces all kinds of illnesses.”

In the 1960s, the United States focused on eradicating hunger; in the 1990s, food insecurity. Mozaffarian is among the U.S. health experts calling for a shift in focus from “food security” to “nutrition security” to address the lack of health among American adults.

Prescription for a healthy meal

He’d like to see the federal government take the lead by improving nutrition in already existing food programs such as the Supplemental Nutrition Assistance Program (SNAP), which provides food assistance to needy families; school lunches; and Meals on Wheels, home-delivered meals for older Americans.

Even though Americans are increasingly unhealthy, the United States spent $3.8 trillion on health care in 2019. Mozaffarian says it’s time to integrate food nutrition into health care.

“There’s very straightforward, evidence-based ways to do that through, for example, produce prescriptions, where if you have a certain medical condition and you need healthy food, the doctor writes a prescription, and you get healthy foods partially or fully paid for,” he says.

That approach would include medically tailored meals, home-delivered healthy meals, and nutrition education for health care workers, including the future doctors currently in medical school.

The last time The White House held a conference on food, nutrition and health was in 1969. The panel advised President Richard Nixon on ending hunger and malnutrition among poor people in the United States and influenced America’s nutrition agenda for decades afterward.

The Special Supplemental Nutrition Program for Women, Infants, and Children (commonly known as the WIC program), the National School Lunch Program, and the setting of dietary guidelines for Americans were all results of that 1969 conference. U.S. Senator Cory Booker and U.S. Representative James McGovern are among those calling for a second White House conference on food and nutrition.

In the meantime, both Bartoshuk and Mozaffarian would like to see more money put toward research.

“Into appetite, into food preferences,” says Bartoshuk. “NIH (National Institutes of Health) does not spend as much research on nutrition as I think it ought to. It’s not molecular biology, it’s not cancer, and it doesn’t get what I think is its fair share of funding.”

And while Mozaffarian believes nutritional education is important, he says repairing the food Americans eat is most critical.

“We’re going to need to fix the food right so that parents and kids who are busy and out wanting to enjoy their lives can get nutritious, affordable food,” he says.

Thu Sep 2 , 2021
Sign up for The Brief, our daily newsletter that keeps readers up to speed on the most essential Texas news. When the security guard at Methodist Hospital San Antonio met the visitor at the door of the children’s emergency room on a Saturday afternoon in early August, the officer’s request […] 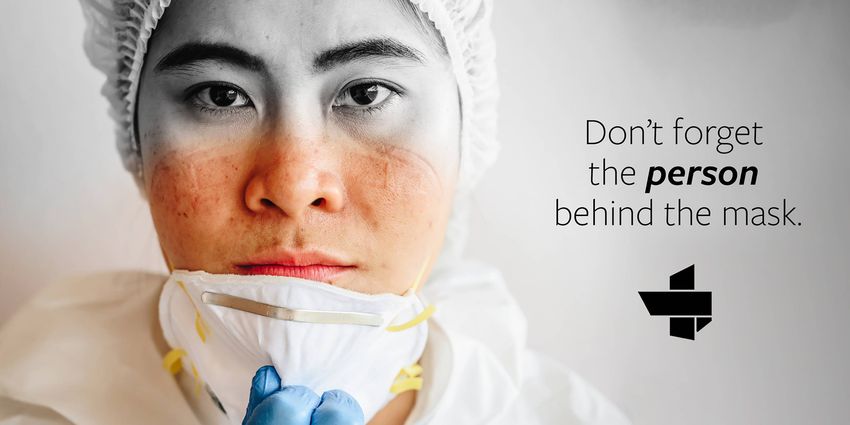