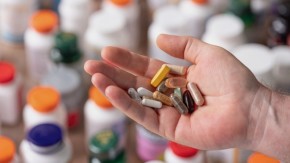 Doctors need to actively ask for this information because many dietary supplements can interact with prescription drugs. (Importantly, patients were more likely to share their supplement use with doctors who felt it was important to ask, researchers found.)

A supplement-drug interaction occurs when a supplement competes with a drug for the same mechanism of absorption, distribution, metabolism, or excretion (ADME). If the supplement elbows out the prescription medication, it can lead to a different concentration of the drug at the site of action. So, the drug may not work as intended or result in unexpected adverse effects.

More than 1,000 enzymes are involved in ADME mechanisms, and they’re categorized into four basic families:

With this in mind, here are eight supplement-drug interactions that physicians should know about.

A North American native, black cohosh (Actaea racemosa) has been used traditionally for various illnesses, but is typically used today for hot flashes and other menopause symptoms.

Regarding drug interactions, black cohosh may reduce the effectiveness of statins and certain other drugs. Although several human clinical trials have shown that black cohosh has no significant effects on CYP enzymes and P-gp, it does appear to interact with OATP2B1. This interaction may not only reduce the uptake of many statin medications but also amiodarone, fexofenadine, and glyburide.

Besides adding pungent flavor to a variety of foods, garlic (Allium sativum) is commonly used as a dietary supplement for lowering cholesterol and high blood pressure, and for treating the common cold.

In human studies, garlic has been shown to decrease concentrations of drugs that are transported by P-gp. These medications include colchicine, digoxin, doxorubicin, quinidine, rosuvastatin, tacrolimus, and verapamil. Consequently, patients shouldn’t use garlic supplements with these drugs.

Ginkgo (Ginkgo biloba) has been used for ages in traditional Chinese medicine. Currently, its most common uses as a supplement are for dementia, anxiety, allergies, and other health problems.

Ginkgo decreases platelet aggregation, which may increase the risk of bleeding in people who take it. So, for patients on antiplatelet or anticoagulant drugs, ginkgo poses a severe increase in bleeding risk. A study that analyzed medical records from more than 20 million patients found that gingko increased risk of bleeding by 38%.

“Patients taking warfarin should have their INR closely monitored or refrain from ginkgo use,” wrote researchers in a review article published in American Family Physician.

Not to be confused with American ginseng (Panax quinquefolius), Asian ginseng (Panax ginseng) has been part of traditional Chinese medicine for thousands of years. Though used for a range of ailments, this root is frequently taken for stimulating the immune system, reducing environmental stress, and improving overall well-being.

At least one study has reported that Asian ginseng induces CYP3A4, which could affect a multitude of medications that have narrow therapeutic ranges, including (but not limited to) cyclosporine, irinotecan, sildenafil, sirolimus, and tacrolimus.

“For this reason, it is suggested to avoid use of Asian ginseng, including products containing Chinese, Japanese, and Korean ginseng, with most medications,” wrote the American Family Physician authors.

However, Asian ginseng may be safe to take with drugs that are metabolized by CYP1A2, CYP2D6, CYP2E1, or P-gp because the herb appears to have no effect on these enzymes.

The jury is still out on whether Asian ginseng interacts with warfarin, as studies have shown mixed results. “In patients having difficulty maintaining adequate anticoagulation with warfarin, clinicians may suggest avoiding Asian ginseng products,” the above authors advised.

Another native North American plant, goldenseal (Hydrastis canadensis) is popularly used as an herbal supplement for the common cold and other respiratory tract infections, as well as for allergic rhinitis, ulcers, and stomach upset.

Goldenseal is believed to have antibiotic effects because it contains the chemical berberine, which has been studied for infections, diarrhea, heart failure, and type 2 diabetes. However, berberine is very poorly absorbed when goldenseal is taken orally.

In regard to drug interactions, though, goldenseal reaches far and wide. It’s been shown to inhibit CYP2D6 and CYP3A, two important enzymes that metabolize more than half of all prescription drugs.

“Although some drug combinations with goldenseal may be safe, until data from further human clinical trials are available, clinicians should recommend against the use of goldenseal in combination with most other medications,” cautioned the American Family Physician authors.

Studies have shown conflicting results in regard to green tea’s potential for drug interactions. Although in vitro research has indicated possible interactions, human clinical trials have shown that green tea doesn’t affect the major metabolic enzymes CYP2D6 and CYP3A4. In one case report, though, green tea extract was linked to increased concentration of simvastatin—possibly as a result of inhibiting P-gp.

Other studies have shown that green tea extract may inhibit OATP1A1 and OATP1A2, which transport numerous drugs, including statins, fluoroquinolones, antiretrovirals, certain beta-blockers, and imatinib.

As such, researchers recommend that patients taking drugs transported by P-gp, OATP1A1, or OATP1A2 should avoid green tea extract.

Kava (Piper methysticum), also called kava kava, is a traditional remedy noted for reducing anxiety, insomnia, and other conditions. While kava may slightly reduce anxiety in the short term, long-term use of kava supplements is associated with risk of severe liver injury, according to a review and systematic meta-analysis.

Research has shown that kava inhibits the CYP2E1 enzyme—which metabolizes acetaminophen and many anesthetic agents—but not CYP1A2, CYP2D6, CYP3A4, or P-gp. Patients should be instructed to stop taking kava at least 5 days before surgery that involves general anesthesia, researchers warn.

“Patients taking medications metabolized by CYP2C9 or CYP2C19 should be closely monitored for clinical adverse effects and laboratory abnormalities (eg, glucose level, A1C level, INR) or instructed not to use kava-containing supplements,” the wrote the aforementioned authors.

“Caution should be exercised in patients using central nervous system depressants, such as benzodiazepines or alcohol, because of the increased risk of drowsiness and motor reflex depression,” they added.

St. John’s wort (Hypericum perforatum) is a popular supplement for reducing the effects of depression, though studies have shown mixed results regarding its efficacy. It’s also used for symptoms of menopause, attention-deficit hyperactivity disorder, and obsessive-compulsive disorder.

Despite its beneficent name, St. John’s wort can be downright injurious. “It has been clearly shown that St. John’s wort can interact in dangerous, sometimes life-threatening ways with a variety of medicines,” according to the National Center for Complementary and Integrative Health (NCCIH).

Taking St. John’s wort with certain antidepressants may lead to greater, potentially serious serotonin-related side effects, according to NCCIH.

“It is strongly recommended to avoid concurrent use of St. John’s wort with over-the-counter and prescription medications,” wrote the authors in American Family Physician.

Hemmed In at Home, Nonprofit Hospitals Look for Profits Abroad

Wed Jun 23 , 2021
The Cleveland Clinic is preparing to open its own hospital in London as it, like other nonprofit U.S. health systems, searches the globe for new sources of revenue. Across the street from the Buckingham Palace Garden and an ocean away from its Ohio headquarters, Cleveland Clinic is making a nearly […] 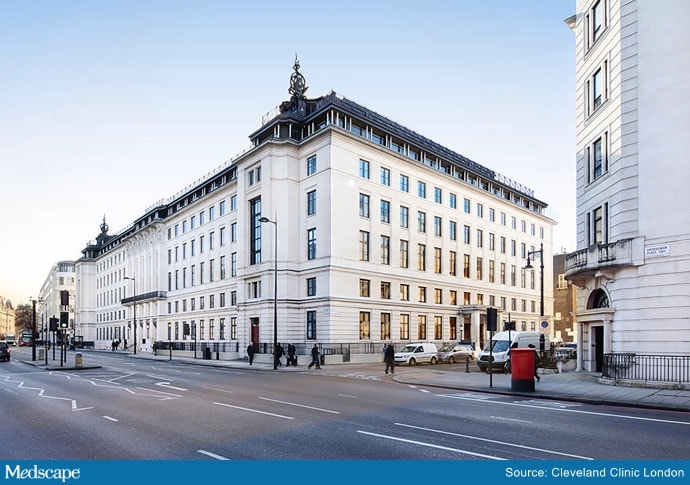