Tamela Mann is known for being a talented gospel singer. She began her singing career as a member of Kirk Franklin’s gospel group Kirk Franklin and the Family and featured in several hit tracks.

In 2005, she released her debut solo album and went on to have a successful career. She also starred in multiple Tyler Perry plays, for which she is known for her role as Cora Simmons.

Tamela Mann smiles for the camera in a photo taken from her Instagram. | Photo: Instagram/Davidandtamela

Tamela is married to stage actor and gospel singer David Mann. The couple were members of Franklin’s gospel group and also worked on Perry’s “I Can Do Bad All By Myself,” TBS’s “Meet the Browns,” and later on in the Bounce TV sitcom, “Mann & Wife.”

Tamela is undoubtedly an accomplished artist and has 2.4million followers on Instagram, where she usually shares pictures, videos, motivational quotes, and so much more with her fans.

She also keeps her fans updated on happenings in her life and recently shared a picture from her photoshoot with BSM Magazine.

Tamela showed off her incredible weight loss and gorgeous figure in a tight-fitting animal print dress in the snapshot. She posed by spreading her arms wide and smiling.

David said his wife’s stunning transformation made it hard for him to stay in character.

The singer also rocked short black hair and looked so beautiful as she posed. She thanked BSM magazine and said she enjoyed chatting with them in the new September/October issue in the post’s caption. She added:

“Check out our conversation @ bsmandmedia.com, hope it encourages you 🥰.”

Many of Tamela’s fans were thrilled with her outfit and gorgeous figure in the photoshoot and took turns expressing their love for her in the post’s comment section.

Although Tamela has done well for herself, she did not find it easy getting to this career point. In a chat with Hello Beautiful, she opened up on her weight loss journey and revealed she did not get many offers at the beginning of her career because of her weight.

She further praised her husband for being her number one support system throughout her entire journey and making her feel beautiful and special at every waking moment. She added:

“He is in my corner when I’m not in my own corner. I can honestly say he gives me more than I give him and I’m really working on coming to the notch where he is[…].”

Besides her husband’s support, WW’s weight loss program has greatly influenced Tamela’s weight loss. She became WW’s ambassador in 2019 and lost 40 pounds thanks to its new program.

David was motivated by his wife’s incredible weight loss and signed up for the program. Afterward, he lost 15 pounds and said Tamela’s dedication to managing her health and taking it as a priority inspired him to do the same.

In a chat with HollywoodLife, David said his wife’s stunning transformation made it hard for him to stay in character and play her father on “Tyler Perry’s Assisted Living.”

He joked that he had to remind himself multiple times on the set that he was portraying her father and not her husband. With his wife looking incredibly gorgeous, one can hardly blame David for feeling that way.

Mon Sep 13 , 2021
With a mantra of “fresh is best” in modern food thinking, tinned food is often seen as a second choice, and for some an embarrassment in a country of fresh food riches. But what place should tinned food, especially vegetables take in our pantries? “I grew up on a farm, […] 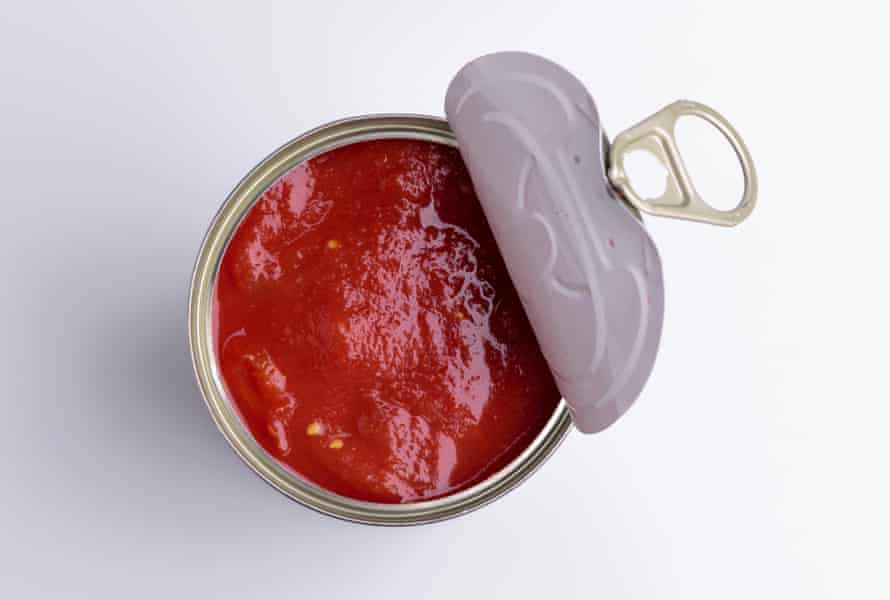