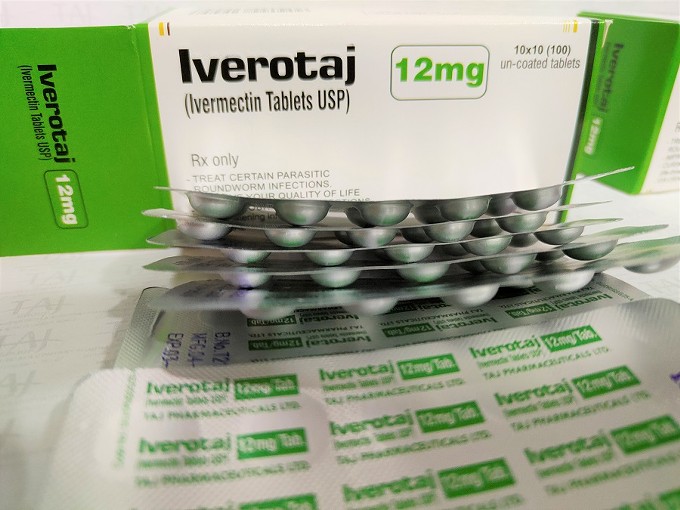 Ivermectin, a drug approved by the FDA to treat intestinal diseases and roundworms in humans, has become popular among vaccine skeptics as alleged alternative treatment for COVID-19, despite a lack of evidence that it’s effective in treating the disease. Some people are ingesting a version of the drug intended for horses, which is poisonous to humans.

Some Arizonans are seeking ivermectin, the unproven alternative treatment for COVID-19 that has become popular among conservatives as both a way to prevent and treat infections, leading to an uptick in calls to poison control centers and at least one hospitalization.

Nonetheless, it has become increasingly sought after as an alternative COVID treatment, largely in conservative circles where skepticism about coronavirus vaccines runs high. Some are even taking a poisonous version of the drug that is intended solely for use as a de-wormer for horses.

Posts in private anti-vaccine Facebook groups, provided to the Arizona Mirror by Twitter user AZ Right Wing Watch, show Arizonans looking for ways to get their hands on the drug. One person was hospitalized after taking the drug, according to the Banner Poison and Drug Information Center in Phoenix. The Mirror found two nurse practitioners through the Facebook groups who have prescribed the drug to people as an off-label COVID treatment.

In 2020, poison control officials received two calls the entire year related to the drug, which is most commonly associated with livestock but also has a form used in humans. So far in 2021, Banner poison control in Phoenix received 12 calls and its center in Tucson received 20.  It’s unclear whether the calls were for the human or livestock version of the drug.

Banner poison control received two calls related to ivermectin in August, including the person who was hospitalized. Posts in anti-vaccine Facebook groups show that Arizonans are attempting to find ways to get their hands on the drug.

“Anyone know any local doctors that prescribe ivermectin?” one post in the Arizona Stands Up! group. One reply included a link to a list of naturopathic doctors and nurses across the country and outside the U.S. who allegedly prescribe the controversial medication.

In the Arizona Stands Up! group, one woman posted a photo of herself doing something that has become increasingly popular with people who believe that ivermectin is a treatment for COVID. She is seen putting Durvet Ivermectin Horse Paste on a spoon along with some apple sauce.

“Yep. And it works. I have taken it,” another user replies back.

The paste, which only contains less than 1.87% ivermectin, is incredibly dangerous to humans, and the company that makes the brand consumed by the Arizonan in the post now brandishes a large warning on its website warning users that its products are not for human consumption or treating COVID.

A warning label on the company’s website states that it is harmful if swallowed and is “suspected of damaging fertility or the unborn child.” The paste can also cause damage to internal organs and is harmful to aquatic life. Its vapors are toxic to breathe and it is recommended you seek medical attention if you ingest or get any of it in your eyes.

One syringe of ivermectin horse paste from the company is meant to treat a 1,250-pound horse and some people online claim they’ve been taking whole syringe doses. The company that manufactures the most popular ivermectin horse product, Durvet, did not respond to a request for comment.

Prescriptions available in some cases

The Mirror reached out to the providers listed in the Arizona Stands Up! Facebook group to ask them what version of ivermectin they were prescribing and how they were doing it. Only one provider responded.

Sarah Fuller, a nurse practitioner based out of Gilbert, said she does not recommend “veterinarian grade ivermectin” to her patients “as it isn’t purified for human use/dosing.”

Fuller’s website states that prescriptions for the medicine will not go through a retail pharmacy. An email to her from the Arizona Mirror generated an automated response stating that she was refilling prescriptions for patients for “prevention protocol” using ivermectin.

Compounding pharmacies came under fire in 2012 when one in Michigan was connected to a meningitis outbreak that killed more than 100 people and infected more than 750 across 23 states.

The outbreak caused the passage of the Drug Quality and Security Act of 2013, which created “outsourcing facilities” for compounding pharmacies to get certain drugs in bulk. However, certain problems still remain.

Arizona is one of only 22 states that conducts routine inspections of compounding pharmacies and requires certain sterile conditions in facilities where medications are made. In Texas, more than 60 people lost all or some of their eyesight due to a contaminated steroid injection.

“It just doesn’t make any sense.”

The alleged benefits of ivermectin have also been oversold.

A link on the provider’s website who replied to the Mirror sends visitors to a website with alleged studies showing the drug’s effectiveness against COVID. However, many of the studies are either not peer-reviewed scientific studies or do not conclude that ivermectin can conclusively help those impacted by COVID. They actually show the opposite.

One small sample size study out of Brazil on the site found that those who used the ivermectin, along with other drugs, actually had lower levels of the COVID antibodies that are needed for immunity.

“[O]ur results strongly suggest that ivermectin use can interfere in the specific immune response to SARS-CoV-2 infection, affecting memory cells and the production of antibodies against that virus,” the study says. Those who took the medicine also experienced abdominal pain, diarrhea and their sense of taste was dulled.

Dr. Shad Marvasti, an associate professor at the University of Arizona and physician who has specialized in chronic diseases, said ivermectin isn’t effective in treating COVID and is puzzled by the trend.

“It just doesn’t make any sense and I just don’t know if people are trying to avoid getting vaccinated or think they found a miracle pill,” Marvasti said. “Even vitamin D has a stronger association with better outcomes with a COVID infection than ivermectin.”

Marvasti said that ivermectin is something that should be used with caution for a number of reasons, in large part because of how the liver processes the drug. Ivermectin could cause negative interactions with other drugs or supplements that are processed by the same part of the liver as the alleged COVID treatment, Marvasti said.

“We are always going to have people interested in a quick fix, it’s always an issue in medicine,” Marvasti said.

Nurse practitioners like Fuller are regulated by the Arizona Board of Nursing.

“If someone believes a nurse is practicing inappropriately they should follow the complaint process and let us figure it out,” Janeen Dahn, Ph.D., RN, FNP-C, Associate Director for the Arizona State Board of Nursing told the Mirror.

The board issued an opinion in 2014 on how nurse practitioners should prescribe “off-label” medications and therapies, which was revised in May of 2020.

The board defines off-label therapeutics as the use of FDA-approved medications for anything other than their intended use or uses that are deemed “experimental.”

Many of the providers who offer the treatment are naturopathic facilities that offer things like IV therapy, which also operates in a largely unregulated gray area in the state.

Ivermectin has been gaining popularity mainly in conservative circles, due in part to pundits on Fox News and right-wing media outlets pushing the drug as a COVID treatment.

One of the administrators of the Arizona Stands Up! Facebook group posted antisemitic photos to her personal Facebook page claiming police with Stars of David will be coming to people’s doors to enforce the vaccine.

Some political figures in Arizona have also latched onto the ivermectin fad, such as gubernatorial hopeful and former Fox 10 anchor Kari Lake, who tweeted out a link to a story about ivermectin claiming that those who tried to censor the information have “blood on their hands.”

Arizona GOP Chairwoman Kelli Ward, a physician, tweeted support for people who have been pushing ivermectin as well, even suggesting that Cyber Ninjas CEO Doug Logan, who is leading the controversial “audit” of the 2020 election, use the medication after contracting COVID.

Arizona reported 4,740 new COVID cases on September 1, and more than 1 million people have been infected in the state since the start of the pandemic. Over 18,800 have lost their lives to the virus in Arizona.

Anyone seeking a vaccination can find vaccine information online for Maricopa County here and statewide here.

Sat Sep 4 , 2021
Losing weight can seem impossible for millions of overweight adults. Many overweight people find that exercise and diet don’t produce the desired results. These dieters need to find alternative ways to lose weight. This can include dangerous diets and exercise programs.  These diets and programs can often be too restrictive […] 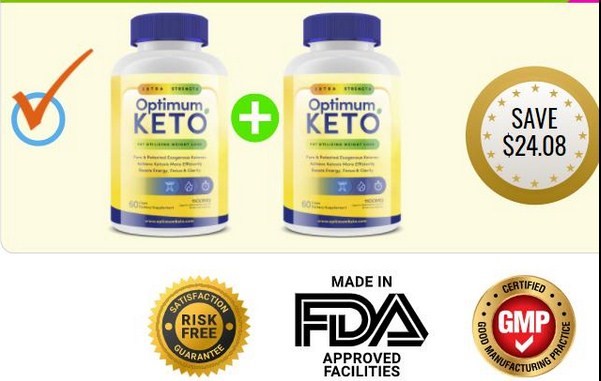